Best Practices to Transform your UAC Campaigns into Performance Drivers

Advertisers grumbled about the lack of control in UAC campaigns. However, as time wore on, these campaigns proved their viability. Google reported that campaigns optimizing toward in-app events saw a 140% increase in conversions per dollar than other Google app promotion products. Advertisers eventually learned the value of Google’s machine learning and improved app advertising performance.

It still is important to remember that just because UAC is a machine learning campaign type does not mean leaving it on auto-pilot will yield strong performance. Here are some best practices to keep in mind while running UAC. 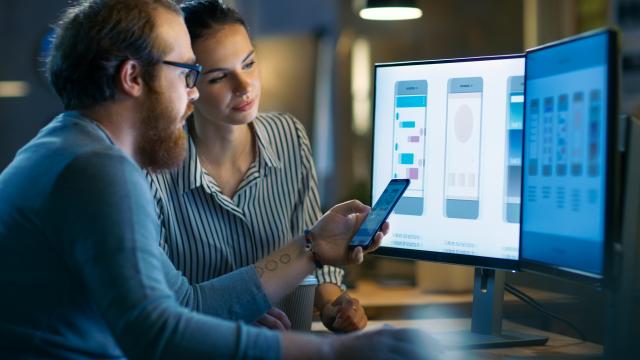 It is imperative to track valuable events outside of just an install. Business of Apps reported that 25% of apps downloaded are only used once and 50% of app churn occurs within the first month. Advertisers need to be able to measure past the install to ensure efforts are optimizing toward the most valuable users. In order to do this, an app should be set up with an app-tracking SDK. Some popular app tracking SDKs include Google’s own Firebase, Adjust, Appsflyer, Kochava, Singular, Tune, and many more.

Optimize to the Right Conversion Event

However, typically advertisers want to drive better return with UAC campaigns. In addition to better data and measurement, these 3rd-party SDKs also can import in-app events (purchases, registrations, subscriptions, etc.) back into Google Ads. This allows Google’s algorithm to optimize toward in-app events rather than installs which should lead to more revenue and better ROI.

In addition, more ads and ad types will help Google’s algorithm learn faster and better. The more data the campaign has, the better it will be able to optimize over time.

Budget capping a UAC campaign will lead to poorer performance. The algorithm needs a minimum of 300 installs/30 days for install campaigns and 300 in-app events for campaigns optimizing toward conversions. Lower budgets means it will take longer to reach those thresholds, if it does at all. Limited by Budget campaigns also manipulate the machine learning which hurts optimization. The recommended budget should be 50x the target CPI or 10x the target CPA. So make sure to set appropriate CPI and CPA targets.

If At First You Don’t Succeed…

Like any new technology, UAC continues to improve with each iteration. If the first attempt at UAC did not work years ago, do not give up. Instead, review the strategies used. Was the campaign optimizing toward installs when it should have been optimizing toward in-app events? Did the campaign have enough ads of each type? Was there enough budget?

UAC campaigns are the way forward for app advertising. Make sure to follow campaign best practices and transform your app advertising into a revenue drive. Need help setting up or auditing your UAC campaigns efforts, don’t hesitate to reach out to our Mobile Apps Specialist team!