Looking for a quick and easy way to display your new promotion on paid search? Google’s new AdWords Promotion Extensions might be just the solution you’re looking for. Promo extensions allow ecommerce advertisers to deploy extra text to highlight promotional pricing and encourage searchers to purchase before the promo expires.

Promotion Extensions display a separate section of text to highlight your dollar off savings or percentage discounts. You can display a promo code for users to enter at checkout, and you can also display the time range of the promotion to stress urgency to your audience. Another huge win with promo extensions is that they are clickable, like sitelinks, and allow you to direct users to a specific page or product depending on the promotion you are offering. 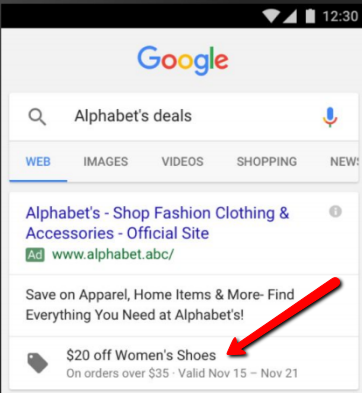 AdWords Promotion Extensions are still in beta, so if you don’t have access currently you will need to wait for the wider release. If you are lucky enough to have beta access, here are some tips on setting up and using promo extensions.

One huge benefit of Promo Extensions is that they are easy and quick to create and set up through the AdWords Labs tab, which saves time previously spent switching in new ad copy for every new promotion.

Once inside the Promotion Extensions tab, you’ll be able to create your extensions. You’ll notice a few options right off the bat. 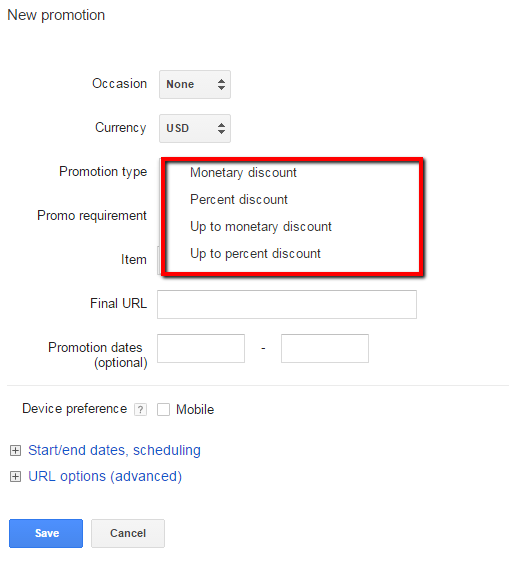 First, you’ll need to decide if you want to display a percentage of savings or a monetary discount. You’ll also be able to choose to show a promo code, or display the specific dates for your promotion. Displaying the promo dates can be especially effective to create a sense of urgency to encourage the searcher to visit your site before the promotion expires. Finally, you’ll need to set a final URL as a landing page for anyone who clicks on your promotion extension. We recommend directing users to a page that includes information about the promotion. Otherwise, you risk searchers bouncing if they feel that they were misled by the promo ad copy. 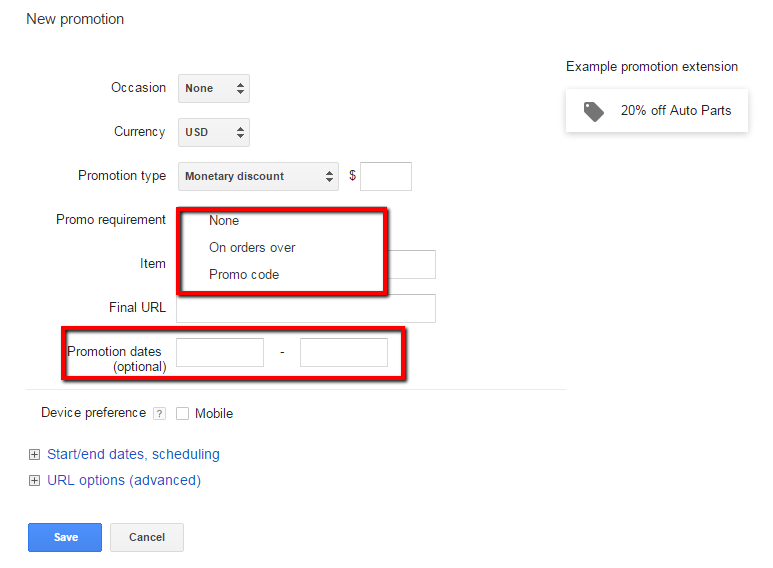 After you enable your specific promotional items and set your final URL, you’re done! Set up is easy and painless, a huge benefit of promotion extensions. Here’s an example of how they look in the live results.

How Do AdWords Promotion Extensions Perform?

We have tested AdWords Promotion Extensions for several advertisers, and we’ve generally seen stronger performance with the extensions. In nearly every case where we tested promo extensions, we saw higher CTRs and conversion rates compared to account averages during the same time.

You should always keep in mind your conversion and revenue goals when deciding to run AdWords Promotion Extensions. In some cases, you might see that promo extensions drive significantly higher traffic with a much smaller improvement in conversion rate, which will cause your spend to increase and your return on ad spend to drop during the promo. If this is the case, be sure to evaluate your promotion for factors that might cause it to drive purchasers away from your site.

Keep On Saving in the Free World of Paid Search

AdWords Promotion Extensions allow you to display important promo messaging quickly and clearly to potential customers while they’re searching for your products. We’ve seen promo extensions drive  strong results, and they are incredibly easy to set up for individual campaigns or across entire accounts. If you’re running a promotion, then Promotion Extensions are a must in your AdWords toolbox.