Confused about Apple’s latest Intelligent Tracking Prevention releases (ITP 2.1 and ITP 2.2)? Not seeing the expected impacts in Google Analytics and other platforms? Well, you are not alone.

Apple first announced ITP 2.1 on Feb 21,2019 on the Webkit blog and it was publicly released less than 1 month later (see text: “Intelligent Tracking Prevention now protects against cross-site tracking by default”). That contrasts with ITP 2.2 which was announced on Apr 24 and looks likely to be publicly released in the middle of September (almost 5 months later – see text: “Updated Intelligent Tracking Prevention to prevent cross-site tracking through referrer and through link decoration.“).

With developers, marketers, and many others concerned about ITP impacts, there have been quite a few folks diving into Google Analytics for answers. We previously posted about possible ways to estimate Google Analytics impacts ahead of time and we now have some new updates to share.

ITP 2.1 is Not Consistent

In limited testing using a small sample set of devices, browser client-side cookies are not consistently capped at 7 days. This behavior can vary across mobile and desktop. This could be caused by Apple not fully rolling out ITP 2.1 to all upgraded Safari users, Apple identifying cross-site trackers at the device level, or some unknown reason(s). Backing this up is data from Google Analytics that shows about 1/3 of upgraded Safari users have sessions past 7 days. You can view this by using the Days Since Last Session dimension in Google Analytics. Sure, some of this 1/3 can be folks that have turned on cross-site tracking, but it’s likely that a good portion is caused by the inconsistencies noted above. 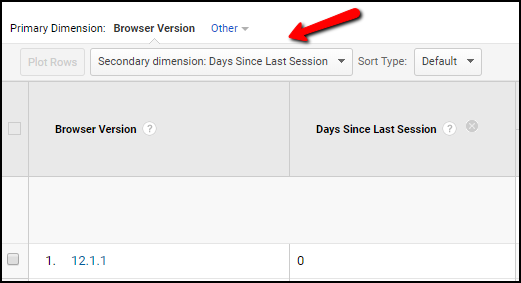 Some GA Data Not Showing ITP Revenue Impact Yet

We work on a number of accounts that have a very high percentage of Safari traffic (50%+) and where a significant portion of revenue comes after a 7-day lag. With ITP 2.1 affecting 2/3 of upgraded Safari users, we should be seeing reported revenue declines in areas like google / cpc as a Source / Medium. However, we are not seeing any clear impacts to the revenue data. It’s possible that the impact isn’t yet large enough to register since it’s only revenue from sessions 7+ days later. That said, in many cases, the revenue amounts should be enough to show up as a meaningful decline.

It’s possible that something else is going on here and that Google Analytics is modeling some channel or Source / Medium data. ITP 2.1 impacts might show up in the Days Since Last Session dimension, but maybe Google is doing their best to keep advertiser’s channel data as stable as possible. We know that Google models for various things such as cross-device conversions so it isn’t a huge stretch to think they might be modeling data to account for the impact of ITP 2.1.

Will ITP 2.2 Lead to Large Data Losses in Google Analytics?

If Google is successfully modeling for ITP 2.1, maybe Google can do the same for ITP 2.2. It still might be worth implementing one of the various workarounds, but there is the possibility that ITP 2.2 won’t have a large effect on Google Analytics tracking data (at least in certain areas of Google Analytics). Some might question how accurate any modeling is and if they should rely on that data. It’s a valid question, and you should check in with your developers if you want to pursue one of various workarounds or decide to wait until you see impacts to your data.

Please note that this analysis is just looking at Google Analytics and is not 100% certain. Even if Google Analytics is successfully modeling your data, there are plenty of other areas where ITP can cause issues with your data and website performance.

We will continue to provide updates as more information becomes available.