Have you ever seen a paid search ad show for a query that you were certain you had negated? If so, you may have thought you were crazy, or perhaps that AdWords demons were removing your negative keywords. It turns out it’s possible that it was neither: AdWords actually has a limiting factor for negative keyword functionality.

Earlier this month, we encountered an issue where our client Five9 was showing ads on search queries containing “social security.” I was sure we had blocked “social security” as an account-wide negative phrase match keyword. 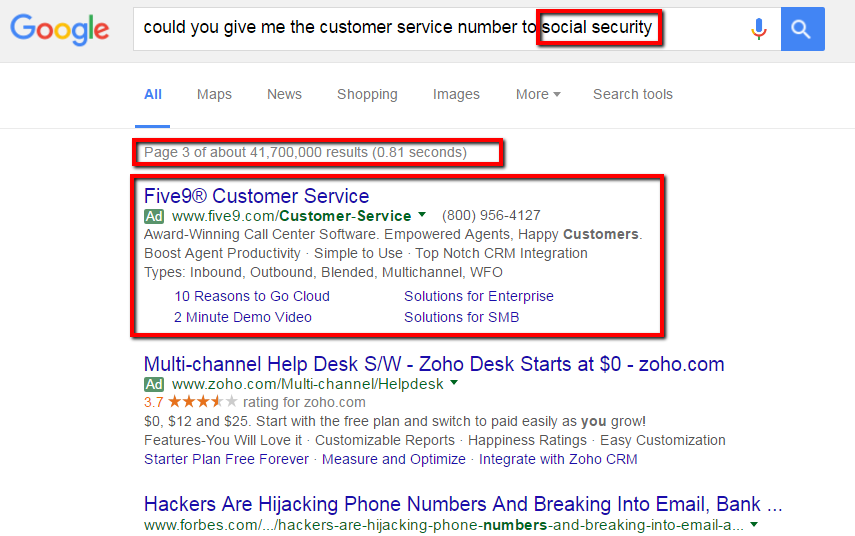 You might think that you could exclude these searches by adding 11+ word search queries as exact match negative keywords. However, Google does not allow you to add negative keywords with more than ten words in them. So for now, there’s not much you can do to prevent from showing for search queries more than 10 words in length (if your negative is at least partially past the tenth word).

Because the vast majority of searches are 10 words or less, this shouldn’t have a massive impact on your accounts. We’ve generally seen these long queries making up just 0.8% of total impressions for an account. However, if you see your ads showing for a term you know you blocked, keep in mind that you just might not be crazy.