An Intro to Ad Blockers: How They Work, How They Disrupt, and How to Work With Them

Digital advertising in the privacy age is evolving—a necessary evolution, albeit with consequences. It is easier than ever to gather insight on and interact with internet users, but with the advent of VPNs, secure search engines, and ad blockers, it’s also easier than ever for internet users to avoid having their data gathered and their peaceful browsing interrupted. But where VPNs and secure search engines still allow for advertisements to show (perhaps with less relevance), no piece of technology disrupts the process of digital advertising more than ad blockers.

How Do Ad Blockers Work?

This is a complex question. Why? Because there are dozens of different ad blockers, all with their own unique twist to their game. Some block tracking information, some block all advertisements, some block other scripts. But at the basic level, ad blockers are plugins or browser extensions that utilize filter rules to block requests.

As mentioned before, there are a lot of different applications that do this. They each have their own set of rules, known as filter lists, which contain websites or scripts they want to block. Ad blockers compare the website you have gone to with their filter list. If that website or any of its scripts matches one on their list, they block requests from it.

Blocking does not mean you cannot access that website. Most times, you can. But it has become increasingly popular for websites like Business Insider to one-up you by blocking you from using your ad blocker. So if you want their content, you pay or you turn off your ad blocker and deal with the ads. 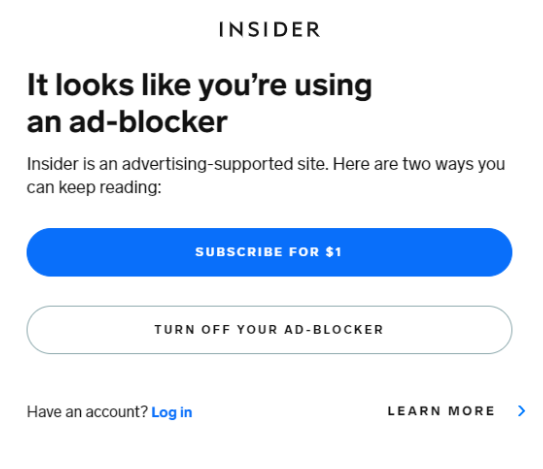 Although there are ad blockers that block Search ads, it’s rarer and not a huge cause for concern, because Search ads typically are considered to be part of the Acceptable Ads network, a list of sites on which the ad blocker is told to allow ads to show. If you look at one of the more popular ad blockers, AdBlock Plus, you’ll see they specifically promote blocking YouTube, “annoying banners” (Display), and Facebook ads.

Why Is This Important?

First and foremost, your ad isn’t being shown. It doesn’t count as an impression or a view (unless the ad showed and the user chooses to block it after it fires), so you aren’t paying for this, but you’re still not reaching your target audience. Not only that, but ad blockers interfere with marketing pixels within those ads that are used to attribute performance metrics.

According to eMarketer, some 27.5% of internet users are currently using ad blockers, with the majority of these users skewing toward a younger age. They do this to protect their privacy, protect their devices from viruses, improve site loading speeds, block obnoxious advertisements, and limit the presence of advertisements on the whole. And these ad blockers are usually free. 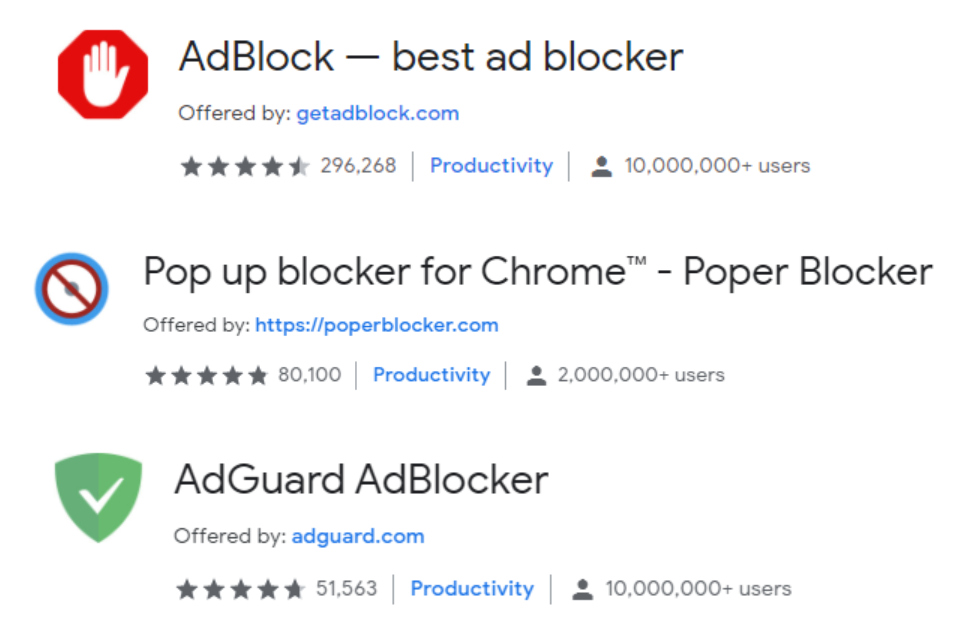 So How Do I Reach People Who Don’t Want To Listen?

There are a variety of ways to speak to people who use ad blockers. They haven’t stopped watching YouTube or reading Reddit, after all. Here is what you can do:

But it’s important to also consider why ad blockers have become so widespread in the first place: obnoxious over-advertising. Make your display placements an enjoyable visual experience, cap your YouTube view frequency so users aren’t bombarded with your brand, and focus your targeting on the people who are relevant to your message.

Ad blockers are only going to grow in popularity and sophistication, so it’s important to find ways to reach those consumers who use them. If you have any questions about ad blockers and how to best tailor your digital marketing strategy to reach the people using them, reach out to our team!