7 Questions to Ask When Budgeting for Digital Media in Q4

With the holidays just around the corner, you’re probably continuing to adjust your holiday budgets through the post-Thanksgiving period. But have you taken the below seven points into consideration? Be sure to incorporate these into your planning and you can check “figure out holiday budgets” off your to-do list! 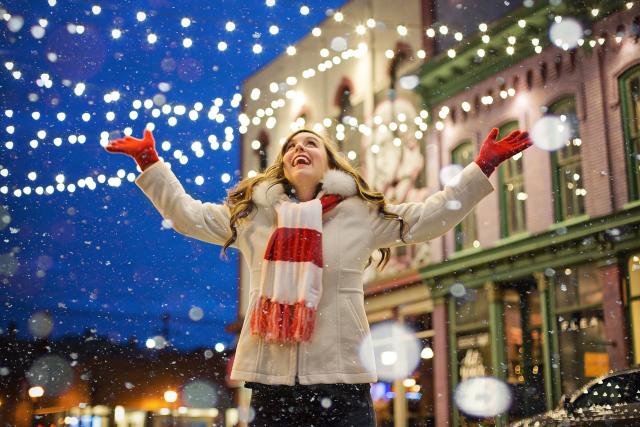 Consider allocating budget not just to the audiences you typically target, but also audiences you wouldn’t normally advertise to, but that you plan to target during the holidays. These might include prior customers, to whom you don’t normally advertise but whom you want to re-engage with a Black Friday offer. Or perhaps you’ll target searches for “Cyber Monday deals,” which don’t garner much traffic until a week or two before Thanksgiving. Whatever audiences you choose, make sure to allocate budget towards what will drive performance during the holidays, not just what is currently driving performance right now.

Did you reduce marketing investment the week before Black Friday because no one’s buying during that time? If so, you should reconsider next year. Many shoppers do their most important consideration shopping during the week before big sales and promos hit. Then they plan to return on Black Friday to take advantage of promos and deals. That’s why it’s incredibly important to stay top of mind for your target audience not just after Black Friday, but also in the weeks preceding Thanksgiving. In a broad study conducted by Metric Theory, we found that advertisers who increased their investment the week before Thanksgiving actually saw stronger performance for the entire holiday season than advertisers who reduced spend the week before Thanksgiving.

According to Google, users are more choosy than they’ve ever been, but also less patient and expecting faster shipping. Mobile searches for “same-day shipping” have increased 120% since 2015, and conversion volume the week before December shipping cutoff dates now rivals Cyber Monday.

What does this mean for you? You should push your shipping cutoff date as late as possible, and then tease it in ad copy, especially for the last few days leading up to it. Doing this will add urgency for the user. (Don’t forget to use Google countdown ads for that “now or never” effect.) The drop-off in performance after the shipping date will likely be sharper than ever this year. Instead of a December taper off, we’ll likely see a much sharper drop in conversion volume once that cutoff date hits. Plan budget accordingly as you’ll want more leeway before the cutoff date, and likely need much less afterwards.

The device composition and baseline CPCs in your marketing campaigns have almost certainly changed in the past 12 months, and should be taken into account for budgeting. Has a chunk of your traffic shifted from desktop to mobile devices? If those mobile CPCs are cheaper, this shift will impact how many clicks you can expect for your budget. Conversely, if your baseline CPCs crept up over the past year, you should increase your estimated budget accordingly in order to maintain the same traffic volume.

News flash: people love the internet, and they especially love shopping on the internet. Overall online spending increased +15% from 2016 to 2017, and is expected to increase another 15-20% this year vs. last year. Don’t expect just the same traffic increases you saw during the holidays last year – expect more.

Given how critical peak week is for revenue generation, and how significantly traffic fluctuates during this week, you should plan out your budget day-by-day for each day from Black Friday to the end of the month. For Black Friday and Cyber Monday, plan out a rough amount to spend the first half of the day and a rough half to spend the second half so you can pace correctly during the day. For example, Cyber Monday typically sees slower performance the first half of the day, and then a big ramp in traffic in the afternoon when people stop searching for deals and start making purchases. So spend the majority of your Cyber Monday budget in the latter half of the day. On a similar note, Cyber Monday has extended to Cyber Tuesday and Cyber Week, so plan for more trickling volume this year and budget accordingly so that you’re not limited after Monday.

The holiday shopping continues after Christmas!

Believe it or not, the last bump in online shopping comes after the holidays are completely done. Google sees 34% more shopping queries on Christmas than on Black Friday, and 20% of all December store traffic happens in the 6 days after Christmas. Why is this? People are spending holiday money, spending gift cards, and laying ready to pounce on clearance items they didn’t buy before the holidays or didn’t receive as gifts. Don’t slash December budgets too far for the sake of the big days in November – remember to allocate budget toward the last couple weeks of the year to capitalize on post-holiday activity.

As user behavior, your ad accounts, and the online ad industry change every year, planning your holidays based on last years trends is an outdated way to finalize budgets. Take the above tips into account and come out ahead of the curve!

Research: Should You Spend More in Q4 Leading Up to Cyber 5?

Cyber 5 Recap: What We Learned This Year (So Far)

Research: Should You Spend More in Q4 Leading Up to Cyber 5?

Cyber 5 Recap: What We Learned This Year (So Far)