So you’ve got an app and a mobile measurement partner (MMP) in place and you’re ready to advertise? Or maybe you’re already advertising and you’re looking to expand your app advertising efforts. We’ve got some channels for you to consider.

While there are a plethora of avenues available for app advertising, we’ve narrowed it down to the highest-intent and quality channels for you to explore. 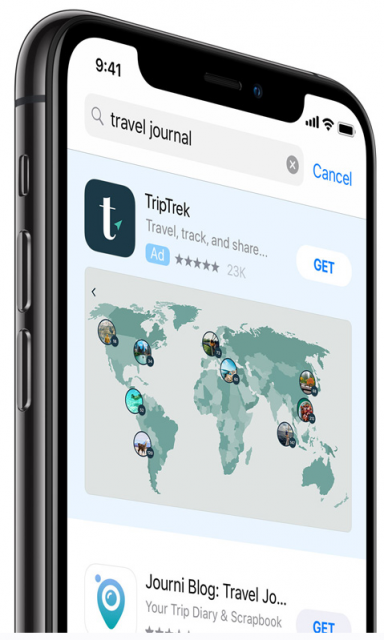 Think of this as the app version of your SEM strategy with a few less levers to pull. It’s the only way to reach users in the Apple App Store, and these users already have high intent. As your ASA strategy matures, consider leveraging campaigns to test your app store creatives with creative sets targeted by campaign and keyword grouping. If you’re not running on ASA, you’re leaving high value real estate open to competitors and losing out on share of voice. Read more on the considerations for including ASA in your mix. 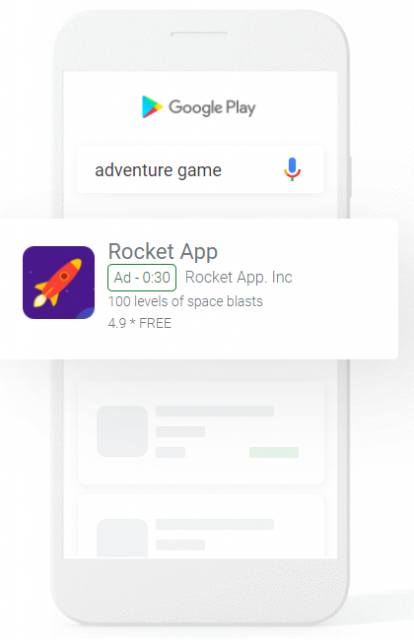 Google App Campaigns cover a wide variety of placements including the Google Play Store, Google Search network, YouTube, and Google Display network, among others. It’s the only way to show ads in the Google Play Store and get in front of those high-intent Android users like you can do with ASA for iOS users. While some placements are only on Android (i.e. Google Play store, Discover), Google App Campaigns can reach across both Android and iOS devices.

On top of the suite of placements Google App Campaigns have to offer, they’ve got the ability to leverage in-app event data to better optimize your traffic, which can be pretty powerful. This means you can tell Google not only do you want installs, but you want people who are more likely to make an in-app purchase, finish a tutorial, register, or whatever that key event is for your app.

Lastly, we recommend adding static and video assets in addition to text ads. This will allow for optimal reach across placements, especially on the iOS side where Google has less placements to play in. 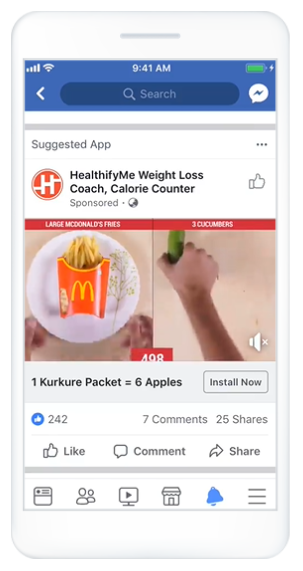 Facebook advertising allows you to increase your reach with a variety of placements across Facebook, Instagram, and Audience Network. Plus, it has strong audience targeting options such as lookalikes, behaviors and interests, and more relevant for apps, device type and OS level. Despite Facebook being more of a prospecting play, you can pair the strong audience targeting with App Event Optimization (similar to leveraging in-app event data on Google Ads) or value-based tactics to drive higher value installs.

Don’t forget your Facebook creative strategies when you’re developing assets and consider including a device in the ad imagery. The clearer it is that the user will be taken to the app store (and not a website), the lower the bounce rate will be from the app store. 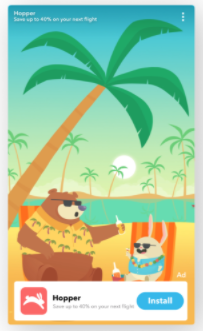 If you’re intrigued by the promise of TikTok, Snapchat might be an even better starting point. Since they’ve been developing their ad product for much longer, think of it as a more matured and feature-rich alternative, which is great for app growth marketers. While the reach is lower than Facebook, there are some interesting third-party data sources, such as Datalogix, Nieslson and comScore TV, and Film Viewer. Similar to Facebook and Google AC, you can optimize for app event goals past the install.

In addition to the goal-based bidding, ads on Snapchat can take up the entire mobile screen to capture your audience’s attention. 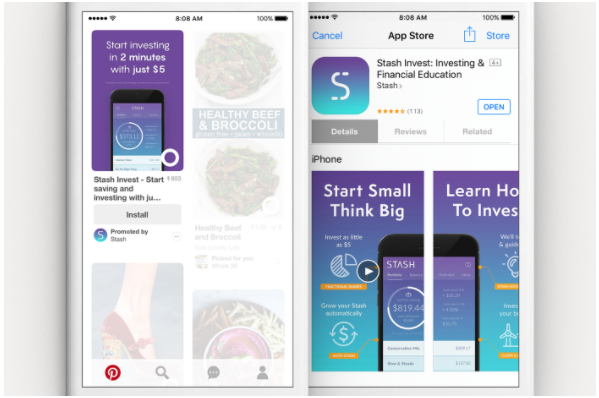 As a visual social media platform, Pinterest can be a great place to serve your app install ads with Promoted App Pins (see below). Similar to Facebook and Snapchat, these users are intrinsically heavy app users and will be viewing your ad in the Pinterest mobile app. Pinterest app install optimization levers are pretty high-level, either optimizing to get folks to the app store or make the install. You’ll have to optimize for in-app event performance more manually.

When launching on Pinterest, we’d recommend including a mobile device in your creative, as you would on Facebook to make it clear the user is getting taken to the app store. The other thing to consider is keeping your audience tight to drive efficiencies. You can leverage Actalike audiences (similar to Facebook Lookalike audiences), or if you have a Pinterest rep, you can upload a high-value audience and work with them to get interest “insights” from that list to help guide your targeting.

ASA, Google AC, and Facebook are the big players we recommend in most cases, and Snapchat and Pinterest are great additions, but what happens when you’re ready to evolve your app media mix further? Looking for something besides app stores and social channels? Consider programmatic advertising. There’s a variety of programmatic and in-app network partners to consider, much deeper than we can cover here.

How to Leverage Dynamic Ads for Mobile App Installs on Facebook

How to Leverage Dynamic Ads for Mobile App Installs on Facebook